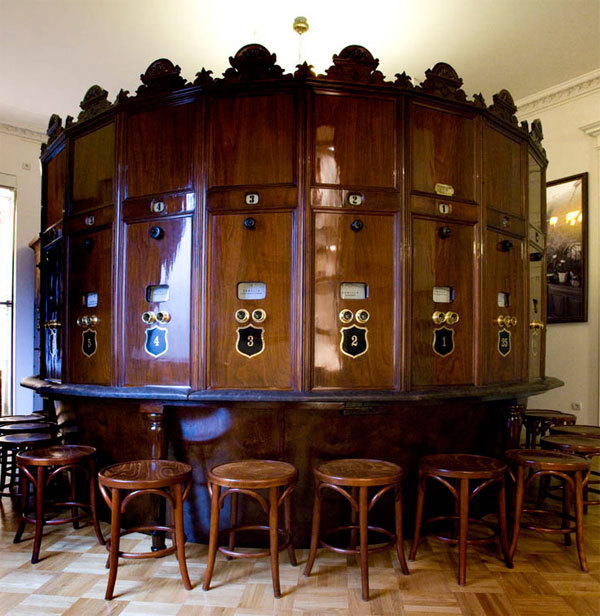 At first, films were presented within traveling exhibitions and variété shows, in which these films took the place of earlier forms of visual entertainment, such as moving wax figures, dioramas, and keiserpanoramas. Illusions of moving figures or three-dimensional images had been developed to meet audiences’ appetite for Łódź magic experience of living pictures. In the last decades of the nineteenth century, several inventors experimented with capturing images on film. As exhibits featuring these inventors’ precursors of film toured Europe, they visited Łódź. Thus, in 1891, the citizens of Łódź could view moving images of vaulting horses and marching armies thanks to the electrotachyscope—Ottomar Anschütz’s invention that took the continent by storm during that year. 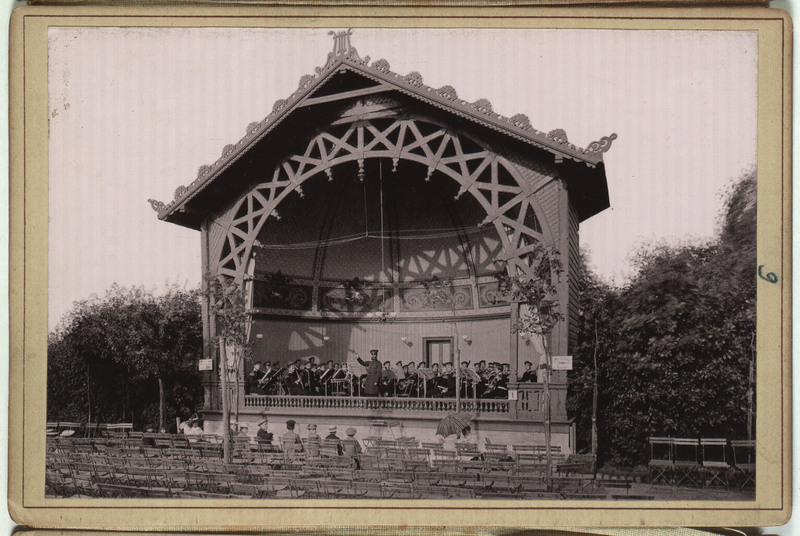 In 1896, while the Lumière brothers were introducing their cinématographe to the world, Edison’s device, probably the kinetoscope, was presented in Łódź. The device projected short films that depicted both everyday situations and exotic scenes. The Lumières’ invention was shown in Łódź during the following year. The demonstrations of these early films mainly took place in the lavish Helenów Park, the private playground for Łódź’s high society. 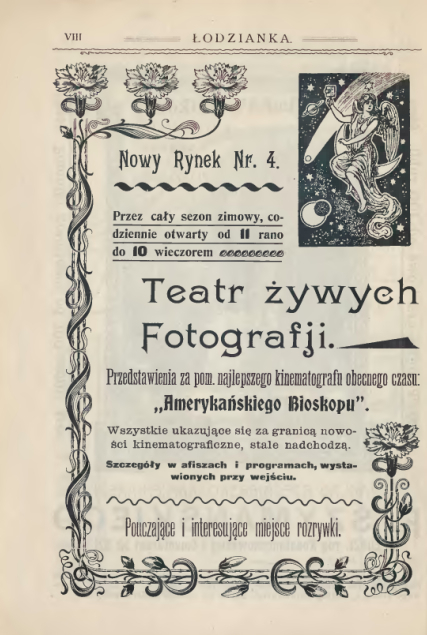 Living Pictures at the American Bioscope

The visiting film presentations were so successful that already in 1896, Władysław Krzemiński included “live pictures” as a permanent element of the show in his Cabinet of Illusions at Piotrkowska Street 17, a location that continued to serve as a film venue until the outbreak of World War II. Such film screenings in various places of entertainment continued to proliferate, but by 1899, the Krzemiński brothers established a venue focused primarily on cinematic screenings. Theirs was possibly the earliest dedicated cinema establishment in the Polish territories. The necessary equipment and movies for their shows were imported from abroad. The Krzemiński brothers’ movie theater enterprise frequently changed locations. Although there was the occasional Polish film, it was French films, especially the enchanted visual spectacles created by Georges Méliès, that most enthralled local audiences.

By the end of the first decade of the twentieth century, Łódź boasted about a dozen permanent cinema-theaters. Urania, at the corner of Piotrkowska and Cegielniana Streets, was built in 1907 by Teodor Jounod. His son became a favorite of interwar film audiences under the stage-name Eugeniusz Bodo. Among the early cinema-theaters, those that kept their doors open through 1939 were Odeon (later Metro) and the oldest cinema-theater in the Jewish quarter, Flora (later Era and Kos). Both these theaters were backed by Jewish sponsors; Jewish entrepreneurs also invested in some of the other cinema-theaters. It was typical of these early cinema-theaters to continue presenting the mixture of entertainment genres that was characteristic of vaudeville; or, at least, to present films next to cabaret performances.