»Bałuty: the largest hamlet in Europe
»Humble Beginnings
»19th-Century Migrations
»At the Dawn of the 20th Century

Bałuty: the largest hamlet in Europe 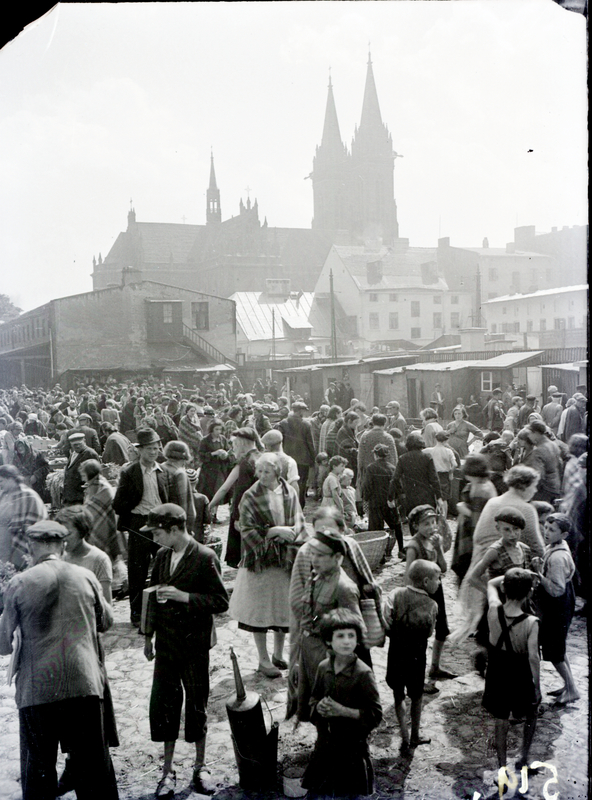 On the eve of World War II Łódź was home to a vibrant Jewish community, the second largest in Poland. The Jewish intelligentsia and the well-off middle and upper classes lived in the city’s center, but the less affluent and the poor were crowded around the Old Town market and in the northern district of Bałuty.

At first Jews had to settle in the Old Town and the neighboring village of Bałuty there because of legal restrictions on Jews living elsewhere in town. These were lifted after 1862, but Jews continued to settle in the Jewish district no longer because of legal constraints, but for social and economic reasons. With time, “Bałuty” became a synonym for “Jewish quarter of Łódź.” Thus in its strict sense, the name Bałuty designates a specific village that later became a district of Łódź, and its broader meaning refers to the area inhabited by working-class Lodzer Jews.

In 1915, when Bałuty, often referred to as the largest hamlet in Poland, was at last officially incorporated as a district of Łódź, it had over 100,000 inhabitants. It was crowded and dirty; much of it had no infrastructure to provide electricity, water, or sewerage; and its haphazard architecture bespoke poverty. Bałuty was a harsh place, but to generations of people who lived there it was the only home they knew:  a place where they felt shielded from antisemitism. Here they played as children, loved and married, raised families, struggled to eke out a living; here they lived out their simchas and their tsures—their joys and sorrows. 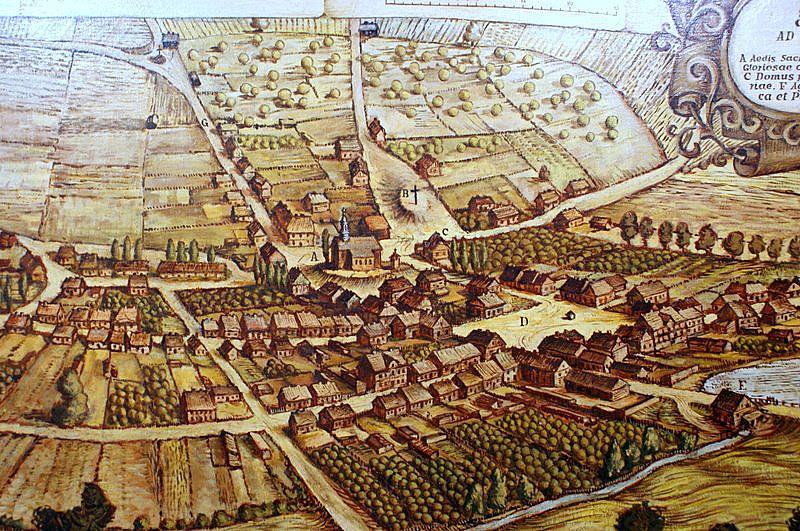 During the course of the 19th century, the population of Łódź exploded, growing from 767 souls, 259 Jews among them, in 1820 to 665,000 in 1938, of whom over 200,000 claimed Jewish faith. In 1820 a decree from the Polish Kingdom government included Łódź among new industrial settlements, thus setting foundations for its development as a center of textile industry. As the city’s economy grew, people flocked from far and near in hope of employment and opportunities.

Set aside in 1822 as the Jewish quarter of the city, the small area around the Old Town market, or as the Jews called it “di Alte shtud,” quickly became overpopulated.  A few exceptions aside, Jewish inhabitants of the city were restricted from residing elsewhere in Łódź until 1862. Some already lived in neighboring villages, thus it was natural for the Jewish quarter to be extended north through an 1857 arrangement with August Zawisza, the owner of the village of Bałuty.

Until 1793, while Łódź was an episcopal town, Jews were mostly barred from settling there. The legal situation changed after it became a Prussian town, and Jewish merchants started to migrate to Łódź, mainly from the surrounding towns and villages. Spinners and weavers from the German lands came to Łódź during the 1820s and 30s (at which point the city was already under Russian control). Jews engaged in textile production—establishing crude domestic workshops and textile factories—started to arrive in large numbers only in the 1860s, predominantly from the other towns in central Poland.

At the start of the 19th century Jews in town and villages held traditional jobs as consignment traders, laborers, stallkeepers, and merchants, or provided services to the Jewish community, for example as religious as teachers (melamed) or keepers of the ritual bath (mikvenik). As they moved to Łódź, many of them acquired skills that were better suited to the economic opportunities offered by this city.  Many of them became weavers; some opened small textile businesses. The the textile industry also created the need for the services of professionals such as wool and cotton merchants, or wagoners who would provide local transport.

At the Dawn of the 20th Century 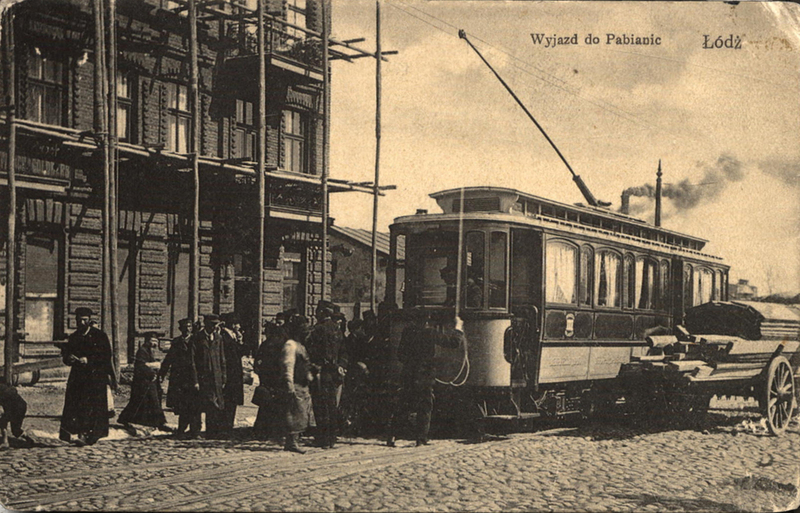 Departure from Łódź for Pabianice

In the years leading to World War I, as a prosperous industrial metropolis, Łódź experienced quick pace of technological and social change. The introduction of electricity—at first for lighting in textile factories and few exclusive apartment buildings—led to the opening of the first electric tram lines in 1898 (the first such system to be established in Russian Poland). At the start of the century, an electric power plant for the city was built.

While the economic collapse that followed World War I had a devastating effect on the working poor, social and technological changes continued to impact the world around them. The new water and sewage infrastructure did not extend to homes in the poor districts of Łódź, but by the 1930s, most dwellings, even in Bałuty, had electricity. The magistrate of Łódź, now part of sovereign Poland, renewed the efforts to offer basic education to all children, including Jews. New technologies required trained workers. For instance, a rapid increase in road transport offered new jobs for skilled motor vehicle drivers. 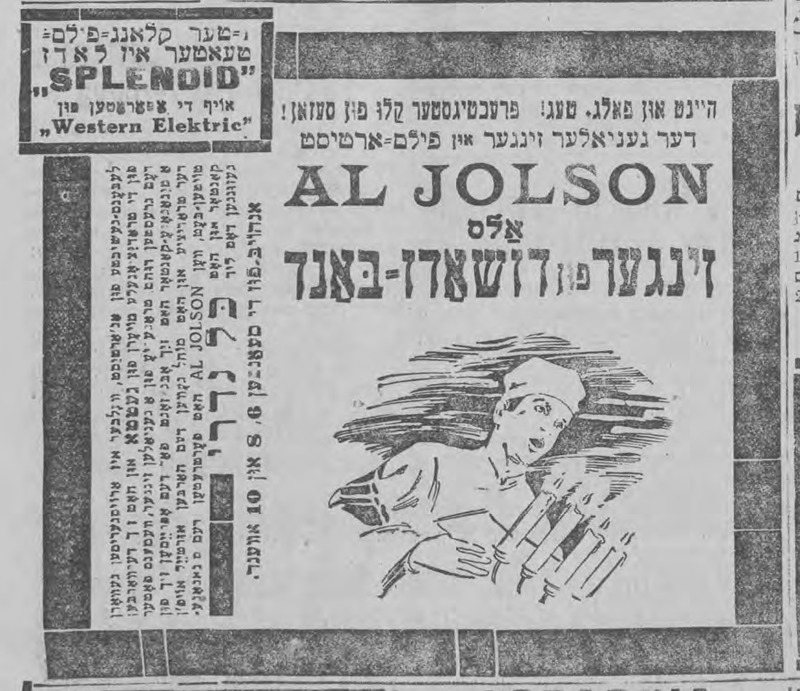 The Jazz Singer in Łódź

The world that was being transformed not only through new social, economic and political circumstances, but also by latest entertainment technologies: the gramophone, the radio and the newest craze—talking movies. Music delivered through these media came from the Americas and conveyed new values, changing the younger generation’s attitude towards age-old Jewish traditions. In fact, the tale of a musician making a choice between jazz and liturgical synagogue music was retold in various contexts as an allegory for this generational transformation.